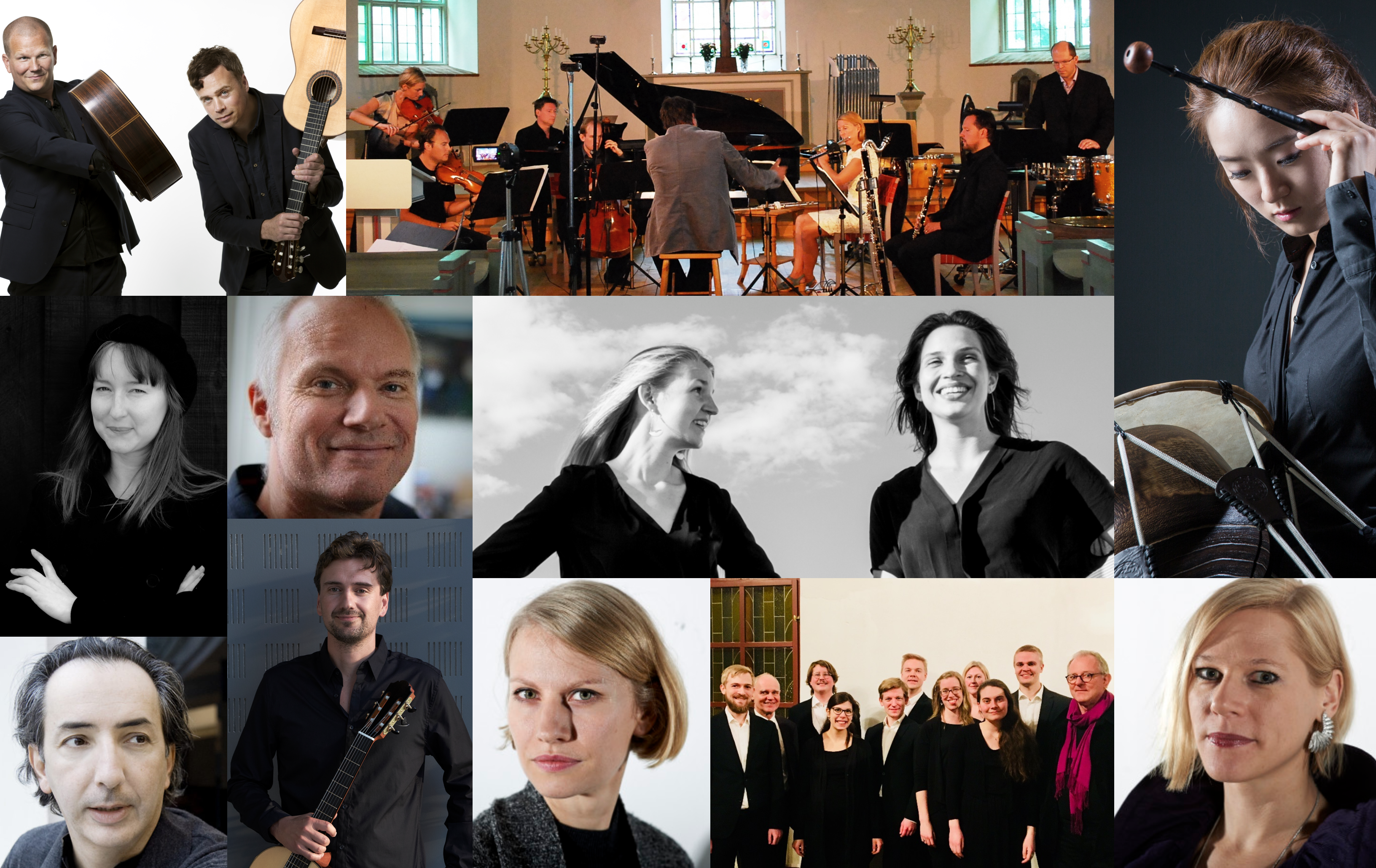 The Kalv festival turns 15 with a new venture – an international composition academy which extends the festivities to seven days. More than 20 first performances will draw first blood. The rural jewel will unveil new sounds from an international panorama spanning the students of the academy to the Swedish composer society’s commission of Lisa Streich’s piece LAUB for choir and instruments. The disquieting will mix with scintillating noises – from the ecstatic to the most intimate poetic.

Norrbotten NEO, the international Hellqvist/Amaral/Choi (who gives no less than five concerts during the festival), west coast ensemble Mimitabu, the globetrotting Gothenburg Combo, the guitar virtuoso Frederik Munk Larsen, Gothia Vocal ensemble and Kalv’s own chamber choir. Last, but not least, Kalv festival welcomes the teacher of the Academy Pierluigi Billone and Per Mårtensson, the 8 selected students and of course the composers, the composers!

This year the festival will mainly revolve around the old school building and the church. The school will house the academy in its newly refurbished interior and present seminars, discussions and lessons while rehearsals are being held in the church. An intense activity will pass through the community where everyone is invited to follow the unravelling process from idea to sound – to concert.

The Swedish society of composers celebrates its 100th anniversary a feat which the Kalv festival honours with no less than 14 new Swedish works. The majority of these (the 10 piece’s the Gothenburg Combo premieres) will also be toured in the western part of Sweden during the fall of 2018.

The year’s festival opens on August 10th at 9 pm in Kalv Church with the first of Norrbotten NEOs two concerts – you are all warmly invited!