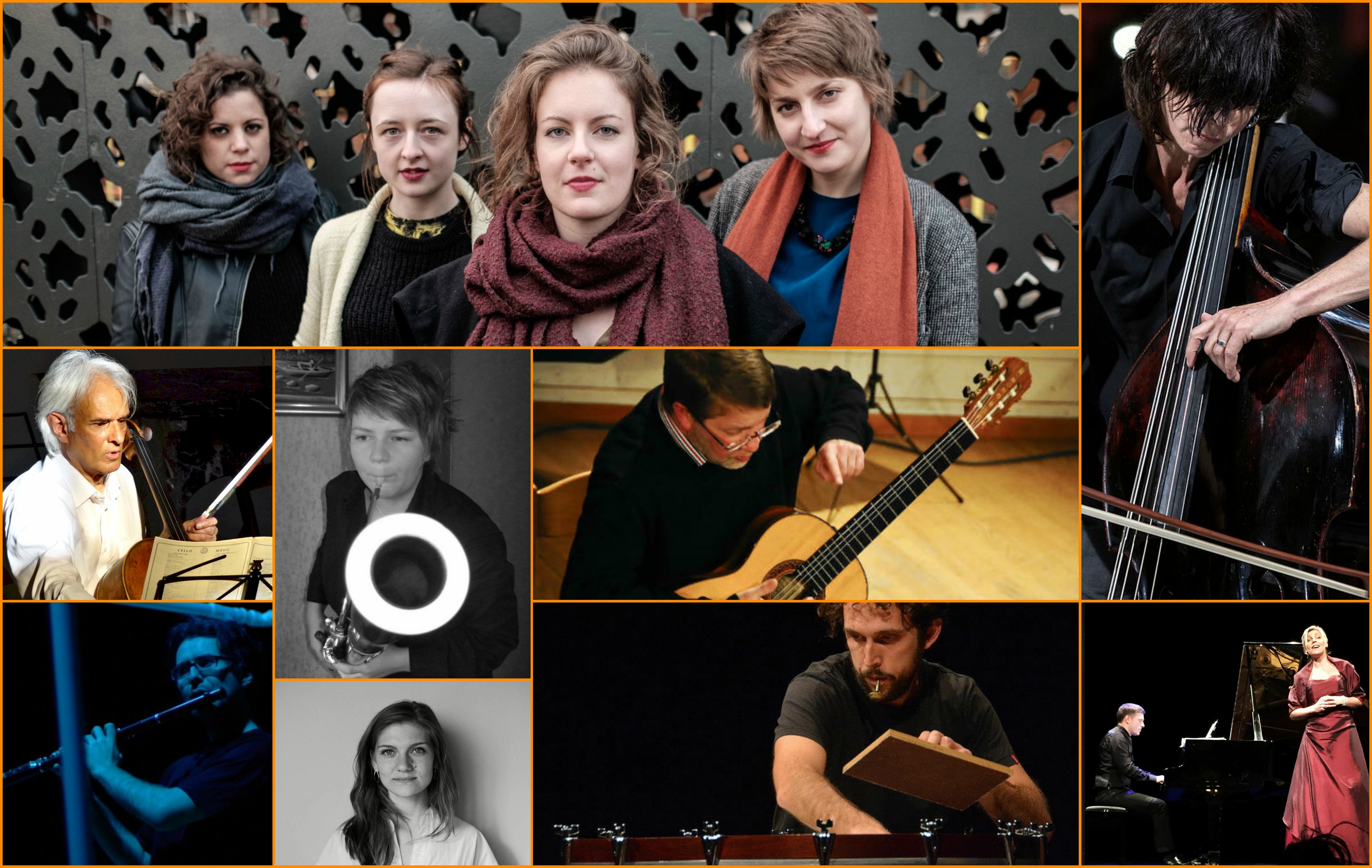 The 11th – 13th of August Kalv festival – with an increased international profile –  welcomes you all to three exciting days and night of contemporary music!

During the festival the British ensemble Distractfold will serve as focal point in different shapes and forms. They offer almost exclusively Swedish premieres as well as first performances: from the already iconic string trio Mani. Giacometti by Pierluigi Billone to Hanna Hartman’s spectacular Dust Devil’s as well as the new exciting voice of Ireland, Ann Cleare.

There in between we meet the trio Al Ud (Magnus Andersson [SE], Rohan De Saram [UK] and Elise Jacoberger [FR]), flutist Richard Craig [UK], bass player Nina De Heney [SE], percussionist Simone Beneventi [IT] as well as an homage to the local grand old man, Swedish Jazz-icon, Åke Johansson. There will also be seminars and installations. The festival will also – as is the tradition – invite to a pilgrimage, this time in remembrance of sound-pioneer Pauline Oliveros curated by Madeleine Jonsson-Gille.

The festivities take place at the church, the rural community centre, in the local mechanical workshop as well as in the old school building. The school will be stage for the Saturday’s “tombola”- concert where the audience will be guided around the building and in intimate, reduced settings meet several of the festival’s musicians.

The festival is proud to invite a completely gender-equal line-up, among both musicians as composers and the first concerts starts at 1900 in the Church of Kalv on the 11th of August with Distractfold Ensemble!