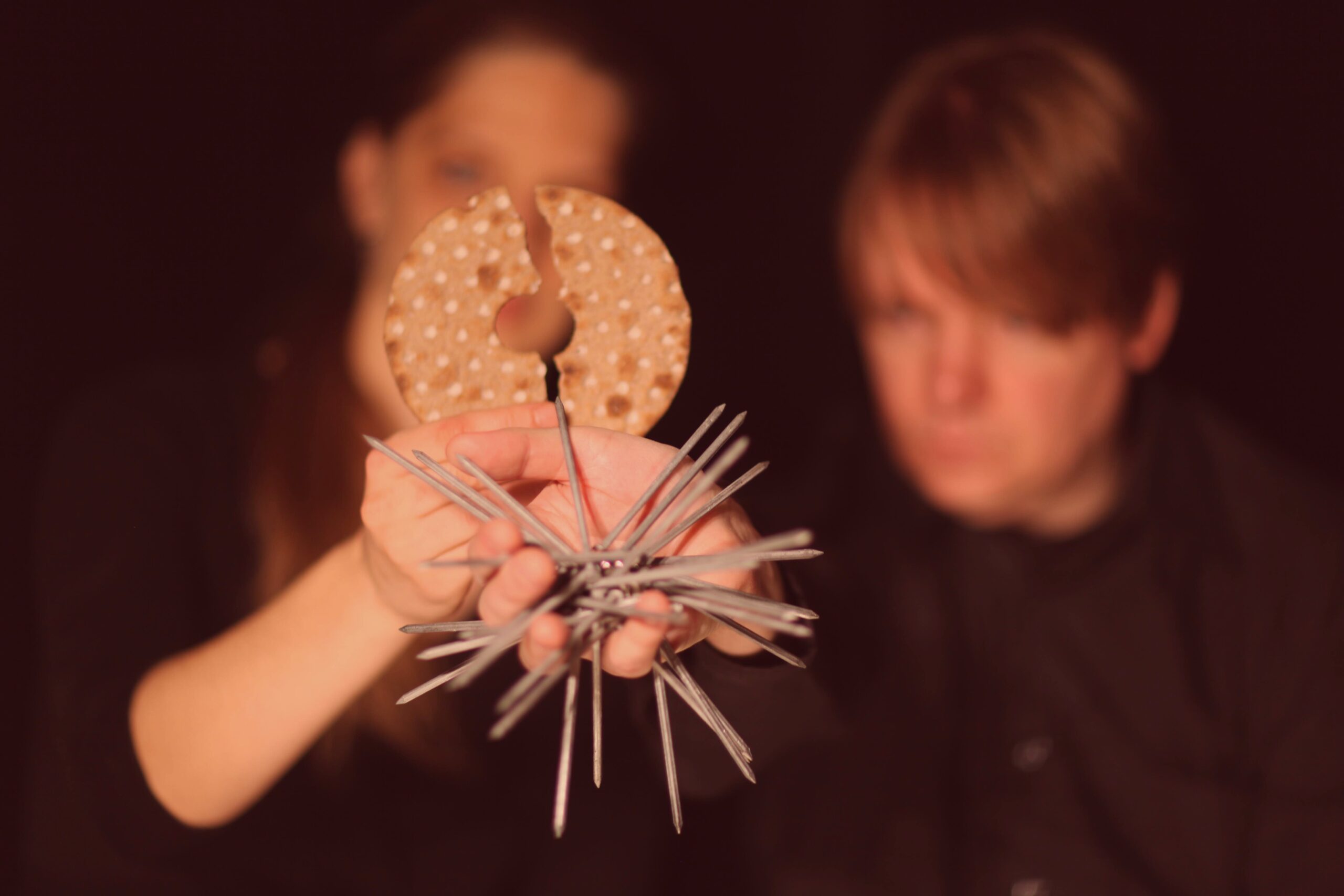 In these uncertain times, the Kalv festival continue to announce its projects with the conviction that we all are in dire need of the actual experience of live-concerts. We hope that Kalv festival can be such a place also this year.

For this year we welcome the percussion and performance duo Hidden Mother – Magdalena Meitzner and Ulrik Nilsson!

Essentially a percussion duo, but their signum is today something much more versatile: their sound world comprise at the same time performance art as well as sound art. Their concerts have often a ritual form, and during the Kalv festival we will experience their artistry in many different ways.

Hidden Mother are also a part of this years international composition academy and they will therefore, together with the participants of the academy, live in Kalv during the week preceding the festival. The community of musicians, composers and writers, that thereby is created is a central part of the Kalv festival’s ambition to be a center for contemporary music in Sweden.

During the festival Hidden Mother will also participate as artists through an exhibition by Ulrik Nilsson’s writer alter ego Hector Meinhof’s photos from the book Three Nails, Four Wounds, that will be shown at Kalv’s former school. Photos and Hidden Mother have an explicit connection. Their ensemble name draws on the 19th century photography’s ”hidden mothers”. Old photography required a very long exposure time, which demanded a frozen motive. Something which in portraits, particularly of children, could be a challenge. By covering the mother (or, for that matter, the father) with a blanket while at the same time steadily keep the child still by force (or perhaps whispering threats) it was possible to succeed with the photo-portrait and still leave out its ”hidden mother”.

Hidden Mother’s participation is made possible through the project Drones and Performance art in Kalv through the Swedish musical performing Arts Agency and the foundation of Tore G Wärenstam as well the generous support of the region of Västra Götaland, the municipal of Svenljunga and the Swedish Arts council.